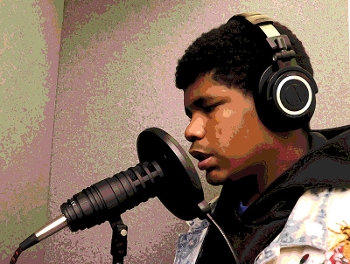 Looks like our culture acredits hip-hop as one of her earliest influences.nd music continues soar to new heights. For the past two years, rap has been the top-selling genre of music in the United States. According to children’s author of several  books, Carole Boston Weatherford,“It’s the language of global youth culture,” … The Sjl.com website  reports “Librarians who add a little hip-hop, spoken word, and rap to their repertoire get students reading and writing.”…”At Campbell High School in Smyrna, GA, one of the most popular hangout spots is found in the library”…and ”The popularity of the musical Hamilton, which features rap, along with R&B and more traditional Broadway numbers, has ushered hip-hop into classrooms across country…”and…Many star YA and children’s authors, including Jason Reynolds, say hip-hop influenced their work, and several popular books for young people feature plot lines about the music. On the Come Up by Angie Thomas and My Life as an Ice Cream Sandwich by Ibi Zoboi are just two examples. YA author Elizabeth Acevedo is also an eighth grade teacher in Prince George’s County, MD. author of the New York Times–bestselling credits hip-hop as one of her earliest influences.novel-in-verse The Poet X, which won the 2019 Printz Award, a 2018 National Book Award, and several other honors, credits hip-hop as one of her earliest influences. 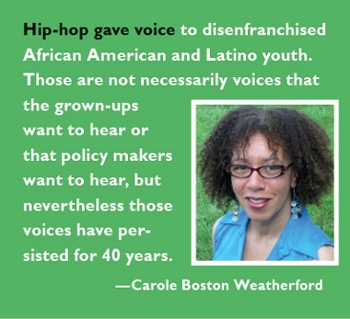