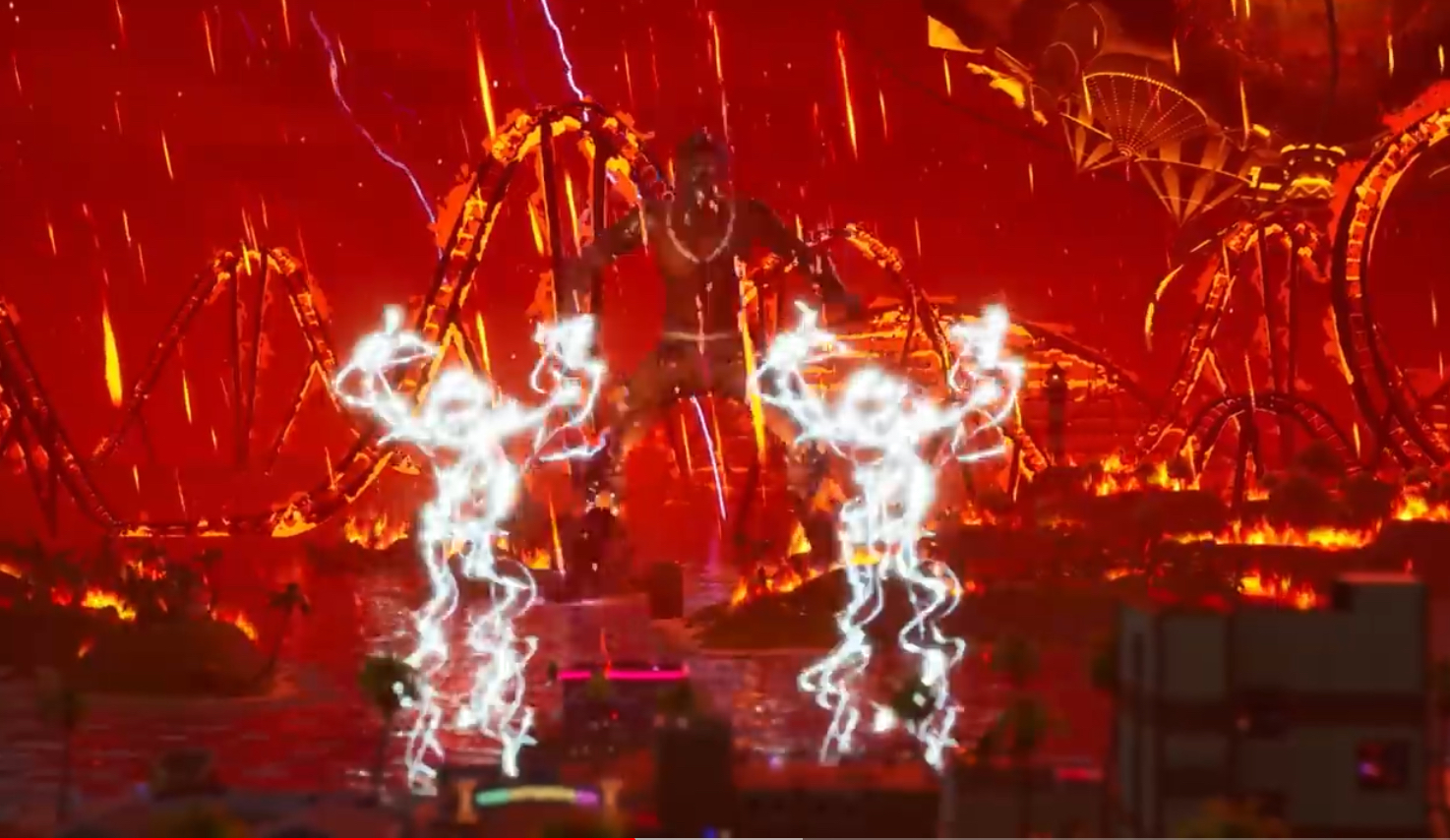 Shoutout to Travis Scott, the word is he broke records last weekend  (April 23-25, 2020)as 12.3 million gamers converted to concert goers.The event took place within  the famously known  game of just about every household with children Fortnite. As many may know Travis seems to be a gamer himself. It’s been said  he’s apart of Squad’s with Ninja, Drake and others.

The show was titled “Astronomical”, it was set up just like a actual tour with multiple dates, showtimes, and attendees worldwide whom which were encouraged to arrive early to sure secure their spots. It was promised to be Instagram: “An other-worldly experience like nothing you’ve ever seen“ We had the pleasure of the experience and it was hot.A giant size Scott appears towering over gamers as he teleports throughout the entire venue of phenomenal graphics as he performed renditions  of some fan-favorites such as “Sicko Mood”, “Highest in the Room” as well as a preview of “The Scotts,” a new collaboration with Kid Cudi. Plus more.  you happen to miss any of the shows, there will be an encore with your friends. Watch concert below

Aside from the hot concert, word is there were a number of perks for the gamers as well, there was rumbling about fans viewing a Easter egg as a signal to the returning of an old map. Players also had the chance to win exclusive loot, emotes, and Scott’s outfits, plus a Cyclone Glider and two loading screens for free.

Reports say, Travis Scott broke the record with 12.3 concert goers. You can’t fit that many fans into an arena. So congratulations to him, the players, and hip hop once again for elevating our value.