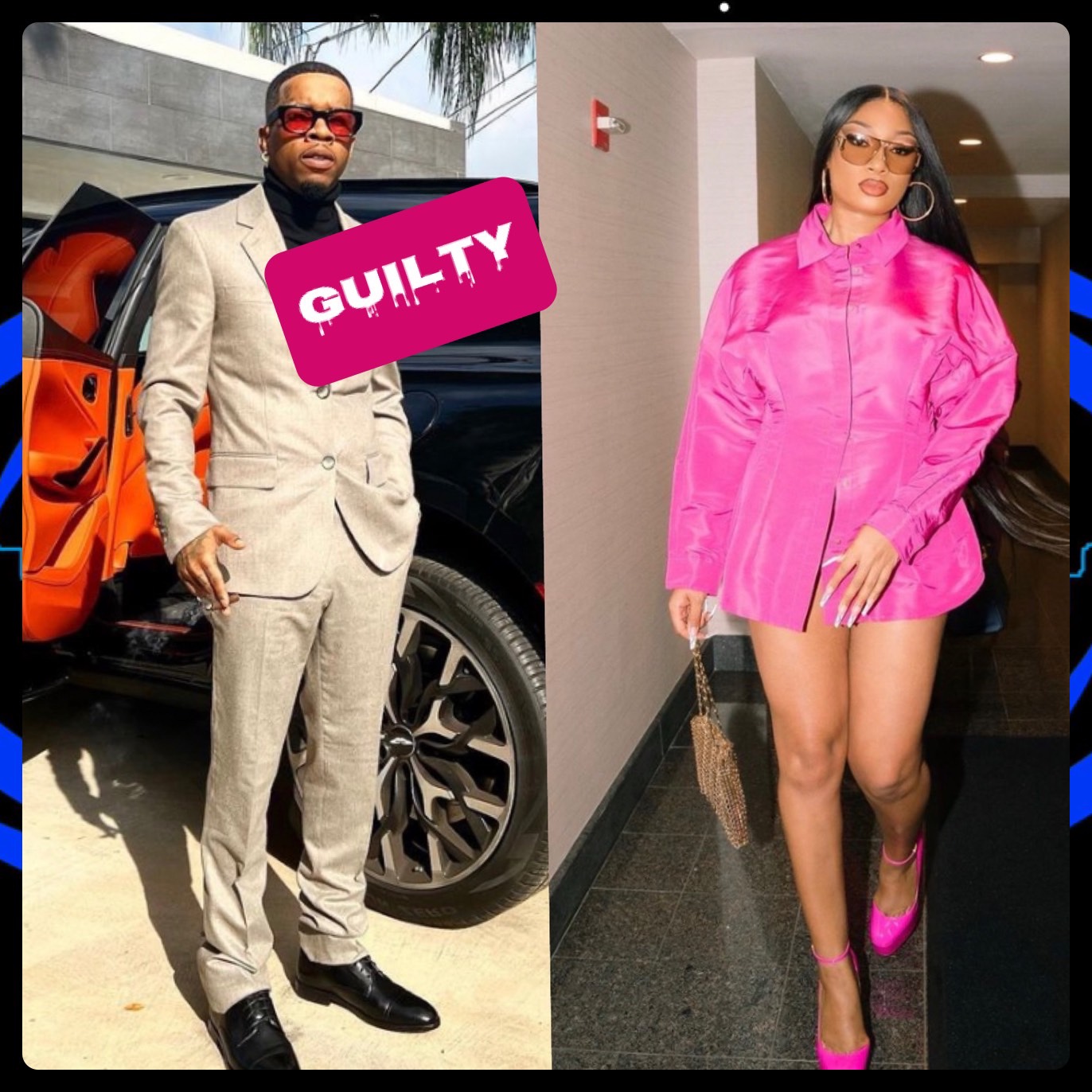 After about a week of drama filled court antics, lies, and conflicting recollections of the unfortunate event which took place on July 12, 2022, from Megan The Stallion, her ex best friend Kelsey Harris, Tory Lanez, plus other witnesses. The verdict was officially announced Friday December 23, 2022… “Guilty” Reports claim “,…Lanez was convicted of “…one felony count each of assault with a semi-automatic firearm, discharging a firearm with gross negligence and carrying a loaded, unregistered firearm in a vehicle”…Sources also reported; The courtroom became unruly immediately following the verdict being read, apparently Lanez father lashed out “calling the system “wicked” and the prosecutors “evil” and was escorted out the courtroom where he and continued his rant about “Roc Nation”, their staff members, the system and more. Reports say Lanez was immediately handcuffed and taken into custody. Lanez young son whom escorted him into court the entire week, was brought to tears. This is heartbreaking for children to endure.

Initially many believed it was Megs ex friend Kelsey Harris who shot her in retaliation for sleeping with Lanez in addition other personal friends behind her back. Especially since recent recollections of the event seemed inconsistent during her court appearance.

This is all so sad; female MC shot by another male MC. Yet another sad day in the history of hip hop. Lanez faces up to 22 years in prison for his involvement. Click here to read more from source >>>abc7LA

What’s you thoughts on the verdict.